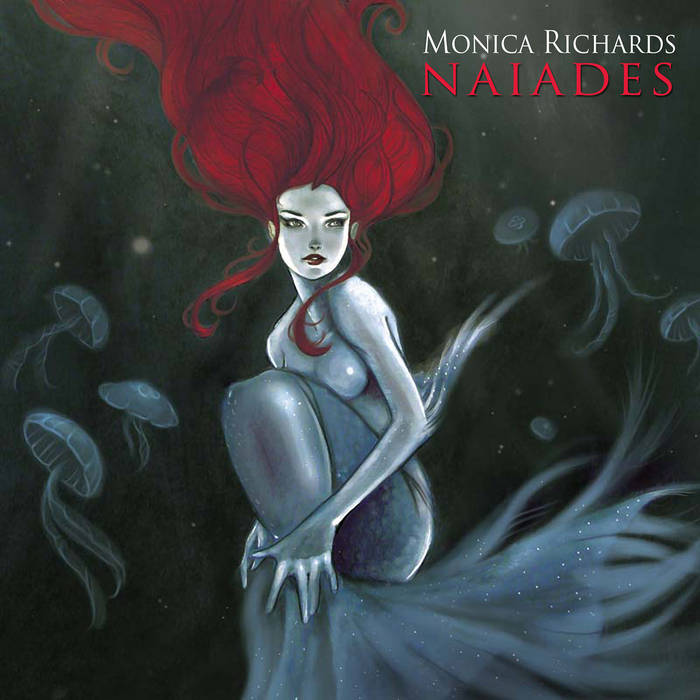 Released in the early hours of 2012, Naiades is Monica's second solo album. "It takes a while to realize the whole complexity Monica Richards has woven in these 12 songs, but once you have embraced the album, you feel the profundity and the artistic claim it was made with. She managed the balancing act of merging and blending a variety of styles and musical devices like Goth Rock, Neo-Classicism, world music and folklore in a marvellous way, creating a conclusive piece of art full of beauty and atmosphere, full of spell and mysticism... like the sea itself..." - reflectionsofdarkness.com. Cover by artist, Chrissie Zullo.

Best known for her musical work as half of the critically acclaimed duo, Faith and the Muse, and her own solo releases, Monica is a composer, writer and artist living near Los Angeles.

Bandcamp Daily  your guide to the world of Bandcamp